What’s so Special About Being in Sales? 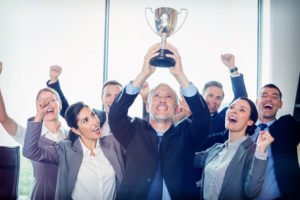 One of my Christmas presents from my wife was tickets to see the latest stage production of Glengarry Glen Ross. For those of you who have never seen the play or the film, it’s set in a New York sales office for a real estate company, and is a pretty scathing attack on modern business practices, showing how decisions that are morally questionable can become tempting when you’re under pressure and failing.

Although Glengarry Glen Ross seems like its set in a past time, it contains many uncomfortable scenes that modern day salespeople will recognise with a shiver – the feeling of a deal slipping away or a lack of great leads being the root cause of all problems.

Watching the play got me thinking, if its all so tough, why is being in a sales team so good?

We work with many different kinds of organisations. In some there is a good balance and mutual respect between the sales function and the other departments they interact with like finance, marketing, admin, service etc. However, in many companies we observe a level of antipathy towards sales people. Often this isn’t aimed at a specific person, but generally takes the form of tutting at the demands and lack of care taken by sales people in general.

So if it’s such a hard place to be, and stirs negative feelings in others, why on earth would anyone want to join a sales team?

The obvious answer is the earnings potential of a career in sales, and there’s definitely a case for it being the right place for highly competitive people, but are these individual drivers enough?

From my experience, all salespeople whether good or average (the poor ones tend not to last) punch above their weight in a great sales team.

A dedicated high performing sales team has been the main mechanism for a company to drive revenue for many years now. These teams are usually well compensated for their success, so that it almost always covers the basic sales requirement of a decent payslip. I think it goes much further than that though.

A great sales team often has a vision of a greater goal or an impact it is making. I remember reading about the history of my old company, Xerox, and learning that once they’d started development of the first photocopier, they recruited the best salespeople in the country to create a high performing sales team even before there was anything tangible to sell. In some ways this isn’t so different to the behaviour of some well-funded start-ups these days. That feeling of being part of a pioneering team taking a cutting edge technology to market must have been truly exhilarating and it formed a great foundation for the companys sales academy for years to come.

In the organisations where the sales culture is not so well celebrated, and almost frowned upon, there can also be a sense of splendid isolation in the sales team. Some great sales teams succeed because their managers generate a feeling of purpose from the difference in the team to the rest of the organisation.

I’ve regularly seen this in large organisations where a smaller team carves out its own identity – for example an Inside Sales team in a predominantly field-based company, or a New Business hunter team in a company where most of the business is farmed from a user-base.

In both cases the key is to find an identity and a purpose that can make the team members feel valued and driven, even when the deals are going against them.

There’s definitely a certain sexiness too, in being part of a successful sales team. If the product or environment you’re selling for or into is glamorous, it’s even more pronounced. At this point, my mind switches from real-estate sales to the pitches of the TV show Mad Men, beautifully set in the heady world of advertising in the 60s on Madison Avenue, New York. Watching the camaraderie of the account teams as they win business and build up agencies makes it seem like a wonderful place to be.

Of course not all sales environments will be so well placed, or timed. Even if you’re selling industrial goods on a trading estate in Slough, when you return to your team with a large deal youll be the hero – even if only for that month or quarter and a great sales team has a wonderful self reinforcing culture of success with victories celebrated.

In my opinion, a great team spirit and culture almost always enhances the performance of everyone in the team. It will be interesting to see whether this changes, and if so, how, as more millennials (and the generations beyond) enter the sales force and become sales managers themselves, but that’s a topic for another day.

“What’s so Special About Being in Sales?” was written by Walpole Partnership’s MD, Andy Pieroux. 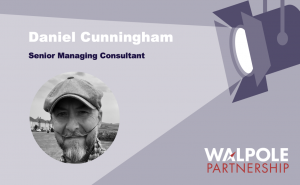 It’s the turn of Daniel Cunningham in our next employee spotlight. How long have you worked at Walpole Partnership? I started working part-time on a specific piece 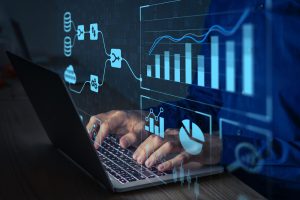 Did you know that in addition to being the Configure Price Quote (CPQ) specialists, we also implement NetSuite Planning & Budgeting (NSPB) software? NSPB enables integrated planning, 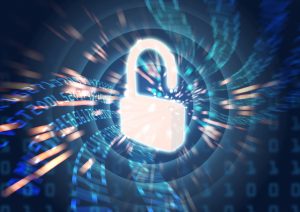 Unlock the value of CPQ through a BOA

As highlighted in Frank Sohn’s video post, the 5 key differentiating themes to look for in a CPQ solution are industry specialisation, ability to handle