What CPQ Can REALLY Do For You – No. 6: IMPROVING THE DEAL APPROVAL PROCESS 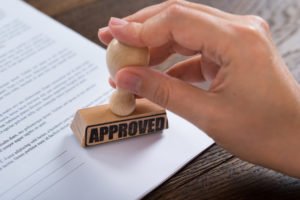 Our series of deep dives into the benefits of Configure, Price, Quote (CPQ) systems has already let us see things from the perspective of salespeople, order management, and pricing management. One of the most compelling things about CPQ is that it often brings benefits to many departments or functions at the same time.

In our latest article in this series we’ll look at one such benefit of CPQ, and we’ll find out how a great CPQ solution can improve the deal approval process for many people in an organisation.

In many organisations, getting a deal approved can be a long and complex process. At the same time in the B2C world, we’re becoming ever more accustomed to instant decisions and a fast turn around. I was recently able to upgrade my iPhone to the latest model because I’m on the Apple upgrade plan. If you haven’t seen it, you basically get a credit agreement for your phone, pay in instalments and then a year later can trade in the old phone for the latest and greatest.

In the course of the upgrade I had to be credit-checked for the new phone. Ronnie, the awesome Apple Business Team consultant who was assisting me, sent my contract through for authorisation. I had to wait for what felt like a lifetime. While time was passing sloooowly I wondered what would happen if I was rejected for some reason? I started thinking whether I could afford to buy the phone outright? Should I switch to a different manufacturer? Maybe I’d just keep my old handset?

Finally the screen on the credit terminal lit up and came to life. After an agonising pause during which I think I saw some continental drift occur, a beautiful green tick appeared. Great news. I was approved and could upgrade my phone. I checked my watch to see how late it was. Six whole seconds had elapsed.

While I do get excited about getting a new gadget, it made me realise just how much doubt and uncertainty the delay before approvals can cause. In a B2B sales environment, a delay in approvals can open the door for competition to get in, or can be just the excuse a customer needs to put off a buying decision. Often with these deals, the delay isn’t six seconds, it could be hours, days or even weeks, which can turn into a real nightmare check out our Halloween post on how bad this can be for business if you haven’t already read it!

The good news is that one of the benefits of CPQ is that these kind of delays can be reduced or even eliminated. Let’s look at how.

In CPQ, approvals generally mean one or more triggers (sometimes called Reasons), which are conditions under which authorisation must be sought by the salesperson to proceed. This could be approval for discount, for expedited shipping or any other element of the deal that is non-standard.

Approvals in CPQ can simply be faster than using manual approaches. With one system containing the quote or deal, and the set of integrated triggers, the people who give their authorisation to a deal can be notified electronically, and can sign it off very simply – either by following a link into the CPQ system or simply replying to an email notification which can put the decision back into the system. Cutting down the lag on paper based systems, or non-integrated email approval is a big step forward for many organisations.

Secondly, in order to make a decision, an approver generally needs information about the specific item they are being asked to give their consent to, as well as contextual information from the deal itself. For example a pricing manager may be asked to agree to an extra discount, but may not wish to do this for public-sector clients. It’s clear they need to know the client sector to make a decision on price. CPQ approval systems can help provide this information by presenting a user/role-specific view of critical information on screen, or including key data elements in an email notification. Good CPQ implementation design will identify exactly what information approvers will need so they can find the facts out quickly and efficiently.

A third advantage applies to clients who have complex approval processes. With a manual system for handling approvals, a salesperson can feel like their deal has gone into a black hole when it has been sent off for authorisation. They can also spend valuable hours chasing approvers to sign a deal off.

A good CPQ system can handle parallel and serial approval chains, giving both visibility of the deals progress to everyone involved, and updates when a deal is approved or rejected at any step to avoid time wasting.

The beauty of a systemised approach to approvals extends to audit and compliance. A CPQ system gives a robust audit trail of who made what decision, when, and why. Having these records in a watertight system can be the difference between passing or failing an audit. If your organisation is subject to more stringent requirements like Sarbanes-Oxley or recent accounting changes like IFRS15 for bundled contract revenue recognition, a rock-solid audit trail can be invaluable.

Finally, although organisations can create complex approval chains in CPQ, it doesn’t always mean that they should! It can be tempting when gathering requirements for a new system for everyone to want a say in a deal. People can get nervous that they won’t know what’s going on, and a degree of control-freakery can take hold. We’ve seen systems where this complexity wasn’t managed out of the design, and the result was a tangled web of approvals that slows the business down. At least in CPQ this complexity is visible, and with the right techniques it is possible to track and manage the bottlenecks in the process. Our own Future-Proof CPQ approach covers improvements in this area, and it can really help un-stick the business when approvals are still taking too long.

So, in conclusion, approvals form a vital part of the CPQ benefits story that we’ve been telling. If you want to get a big green tick on your deals in the fastest and most compliant way possible, you probably need CPQ.

The series “What CPQ Can REALLY Do For You” is written by Walpole Partnership’s MD, Andy Pieroux. 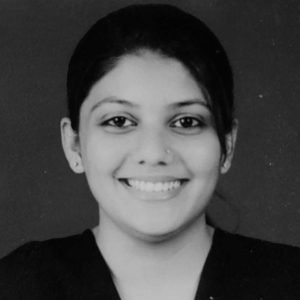 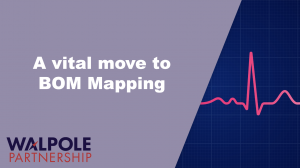 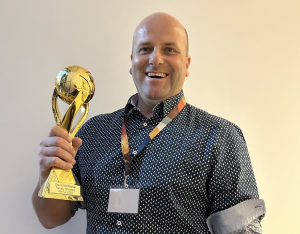